Welcome to the website of JP Kelly (PhD), Lecturer in Television and Digital Media, Royal Holloway, University of London. You can see my latest blog posts below. You can learn more about my work and current research interests by viewing my "about me" page or by visiting my Royal Holloway profile. 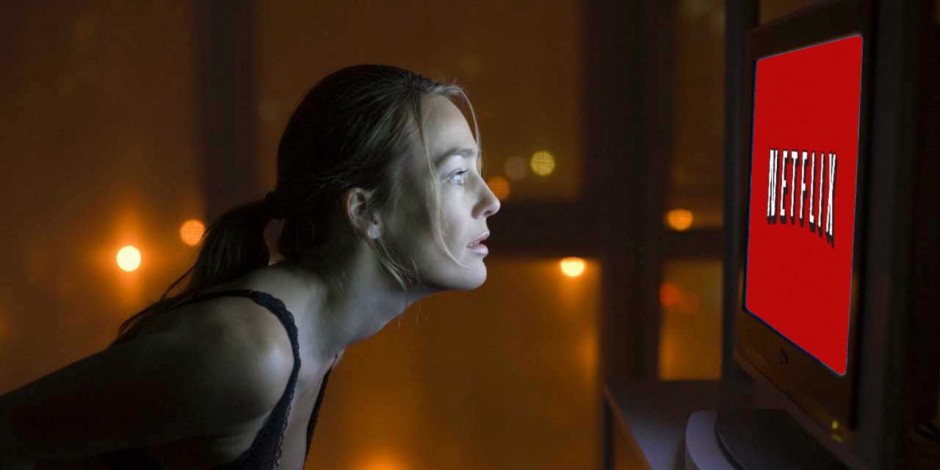 "Tis the Season to be Bingeing...": Festive Television and the Themed Release

In this Christmas-themed post, I explore and unpack some of the differences between series made for "all-at-once" viewing, versus those made for weekly consumption. Focusing primarily on the former, I suggest that this practice has a number of implications, including the production of more complex and temporally compressed narratives, as well as resulting in a narrower generic and thematic focus. 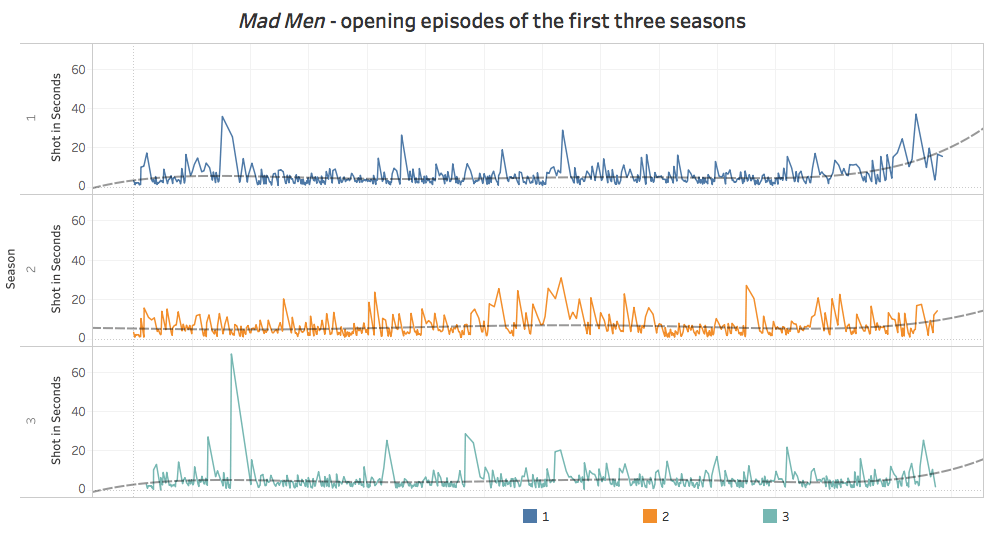 Following on from my last CST post, this one offers a more detailed outline of how we might go about employing algorithms for academic purposes. In particular, I explore the potential value of scene detection algorithms (or SDAs). In doing so, I demonstrate how they can be used to "reverse engineer" audio-visual texts, allowing us to derive various new insights about their construction. 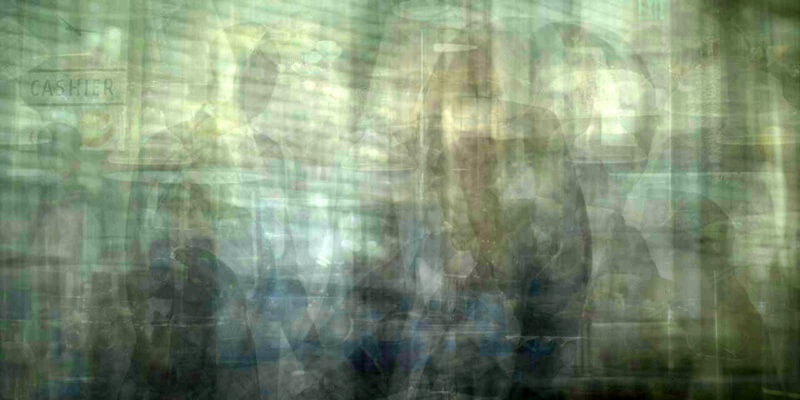 Quantitative Studies in Television: Analysing and Visualising 80,000 Frames in 20 Seconds

In this blog post I reflect on the strenghts and weaknesses of automatated analyses of visual media. I share a number of different examples, including X-ray images which combine all frames from a visual text into one composite image (see image above), DNA profiles (or "barcodes") which stack these frames side-by-side to provide a more temporal overview of a text, and finally a visual pulse which displays the pace of a visual text based on the number of edits. 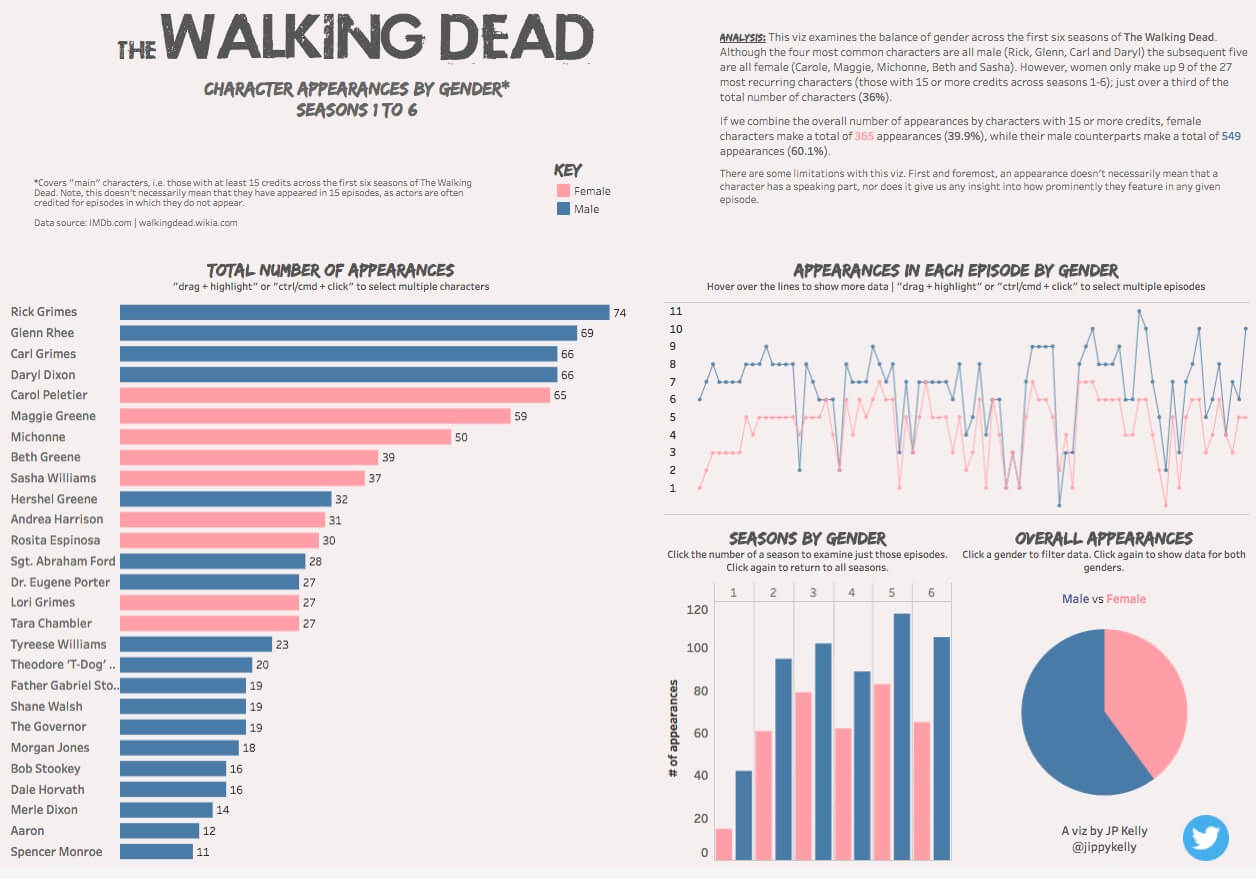 This post considers the growing importance of data and data visualization with the television industry, and considers how it might also be leveraged within academic contexts. To illustrate this, the post features two interactive data visualizations based on data taken from IMDb and walkingdead.wikia.com. The first of these focuses on narrative complexity, by visualizing the number of characcters in each episode. It reveals certain patterns in narrative complexity and character density that I explain in relation to the production demands of the series. The second visualization utilises the same data set but explores the issue of gender balance in the series, and in doing so, reveals some interesting and problematic patterns. 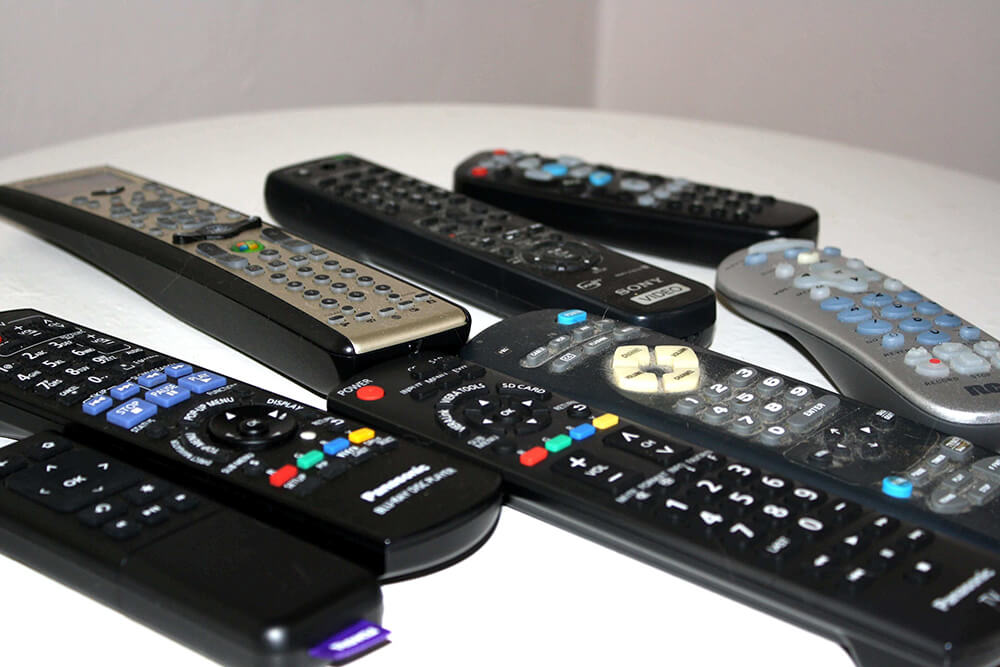 From Changing Channels to Launching Apps: Observations on the Smart TV Market

This post explores the increasingly diverse market of smart TVs, apps and plug-in devices, and considers what this fragmentation might mean in terms of our access to television programming. Building on Henry Jenskins' (2006) notion of the "black box fallacy", I demonstrate that convergence is a myth. Instead, we are in an era of hardware and software "divergence", which has significant implications for how we access and experience television today. 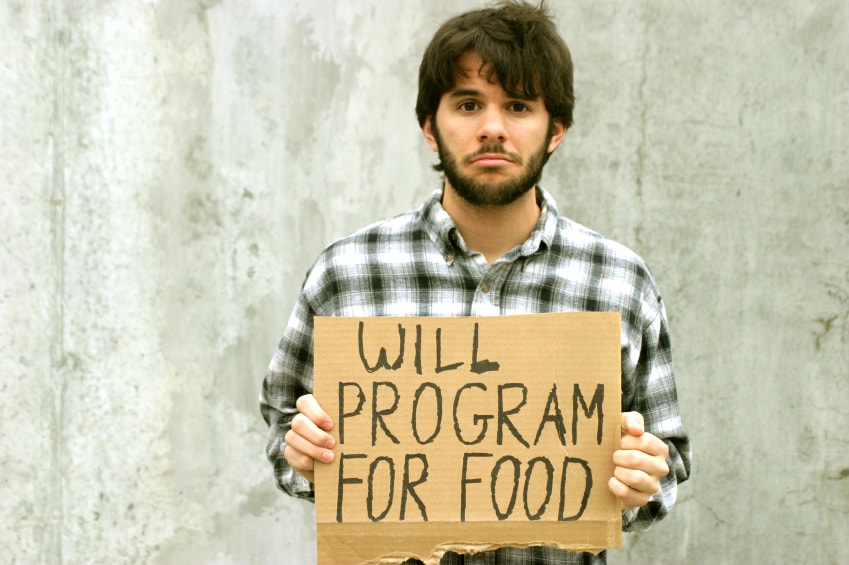 This post examines the labour dynamics of the largely overlooked workforce of coders who are integral to the form and experience of television today. Using Netflix as a case study, it explores the way in which the company utilises outsourced and open-sourced forms of labour. Ultimately, I argue that the collaborative nature of open-source culture (which underpins the digital architecture of streaming services such as Netflix) may have profound implications for the television industry more widely. Here's a short extract:

"...the collaborative nature of the open-source community and open-source software will surely produce a kind of leakiness of ideas, resources, and approaches to television that may therefore transcend specific institutional styles and practices." 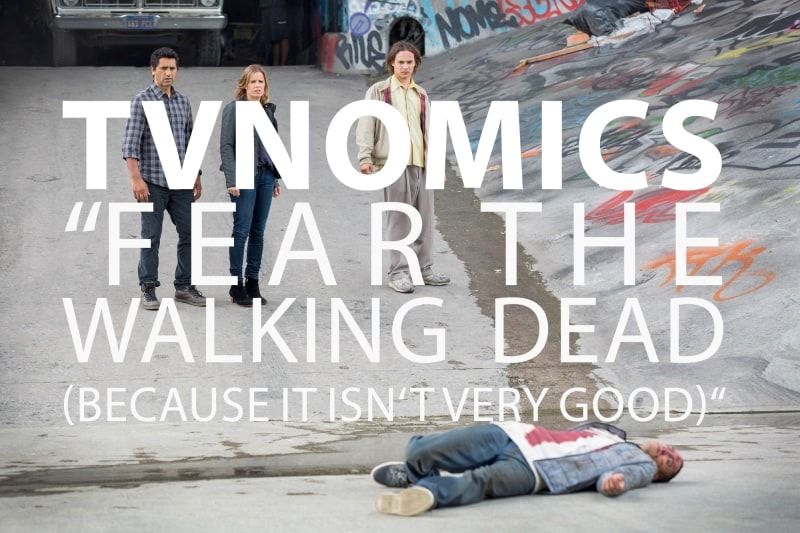 Fear the Walking Dead? Or, Why this Zombie Franchise Should Just be Left to Die

In this post I review the spin-off of AMC's The Walking Dead; the imaginatively titled Fear the Walking Dead. As ever, I examine this series from an industrial perspective - in this instance, evaluating the pilot in the broader context of a potential crisis for AMC in which their portfolio of original content appears to be drying up. You can read the full post at my blog TVnomics. 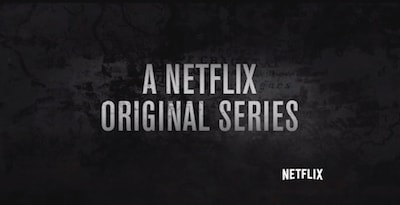 There is more television than ever before. More content, more channels, and more ways to watch. In this post I explore the problem of "choice fatigue" and give my recommendations for the 5 best Netflix Originals. Read the full post at TVnomics.

Given that the slate of original Netflix series is due to increase drastically over the next year or two, I'll revisit this particular post sometime soon in order to add further commentary on new series such as Narcos and the plethora of Marvel based spin-offs. 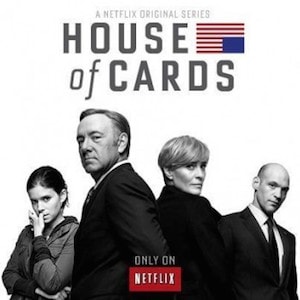 I recently presented some research at the Forgotten Television Drama conference, which took place at Royal Holloway in April 2015. The paper examined the relationship between television, "big data" and the "digital dark age", arguing that contrary to utopian promises that digital technologies will improve media preservation, they are actually producing a much more ephemeral media culture. "Big data" plays an increasingly central role within the television industry (and other related industries for that matter) but at the same time is also highly ephemeral. Ultimately, this might lead to situation in which future media historians will struggle to access the data that increasingly surrounds and shapes the television of today. I've published a somewhat shorter version of this paper which you can read at CST Online. You can read the post by clicking here. 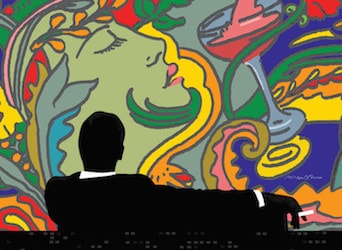 Do Believe the Hype: The Secret of Mad Men's Marketing Success

Here's a piece about the marketing campaign leading up to Mad Men's seventh and final season which has been published at The Conversation. In addition to celebrating the wonderful campaigns that have accompanied the series over its seven year tenure, I also suggest that product placement has become a more effective revenue stream in a media culture where advertising can be skipped with the press of a button. Here is where Mad Men has the advantage over other contemporary television productions. As Abe Sauer of BrandChannel.com points out, "the advertising setting for Mad Men creates more natural opportunities than most to showcase brands through product integration". You can read my post at The Conversation by clicking here. 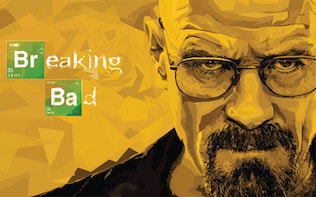 It's been a while since my last blog post (what with my new job and all) but here is a deliberately provocative piece explaining why the critically acclaimed Breaking Bad isn't as good as you think it is. In comparing IMDb reviews of the series as a whole with the average rating worked out on an episode by episode basis, I provide compelling evidence to suggest that viewers tend to remember/rate television series better than they actually are. As ever, enjoy and please feel free to comment. 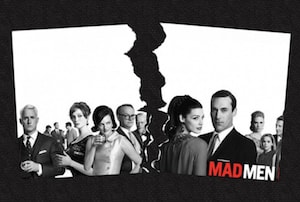 A Tale of Two Seasons

With the news that Mad Men's final season will be split into two parts, I've written a new post about the relationship between distribution and narrative in contemporary television. In the post I briefly explore the emergence of the "two-part finale" and consider the potential impact this trend might have on narrative form. As always, please feel free to offer your thoughts or suggestions. 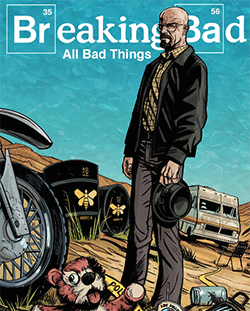 Here's the second post over at my new blog, TVnomics. It's called The Paratextual Experience and it explores the role that paratexts play in contemporary television culture. Specifically, I argue that these texts are becoming an increasingly significant part of the contemporary TV experience, but that this experience differs drastically depending on when and where you are watching. Please feel free to offer suggestions or tell me about your own paratextual experiences. Click on the link to read more. 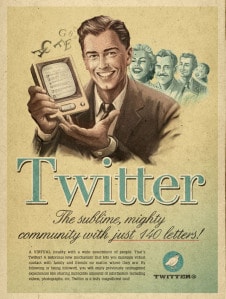 Research Tools for the Internet Archivist

Here's the inagural post over at my new blog, TVnomics. It's called Research Tools for the Internet Archivistem and, as the title suggests, it explores some of the resources I've found particularly useful over the years when conducting research online. Hopefully it will be of some interest or use to other scholars. Please feel free to offer suggestions or tell me about your experiences. Click on the link to read more.